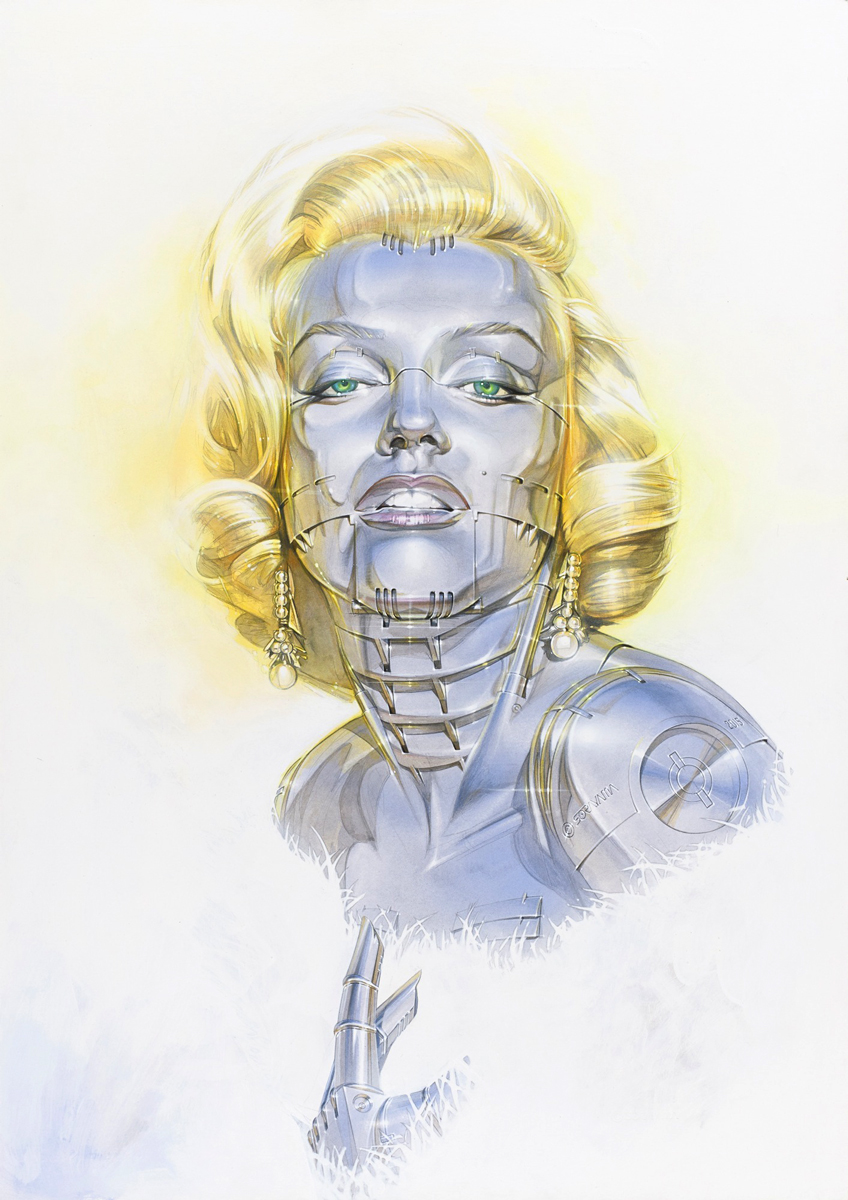 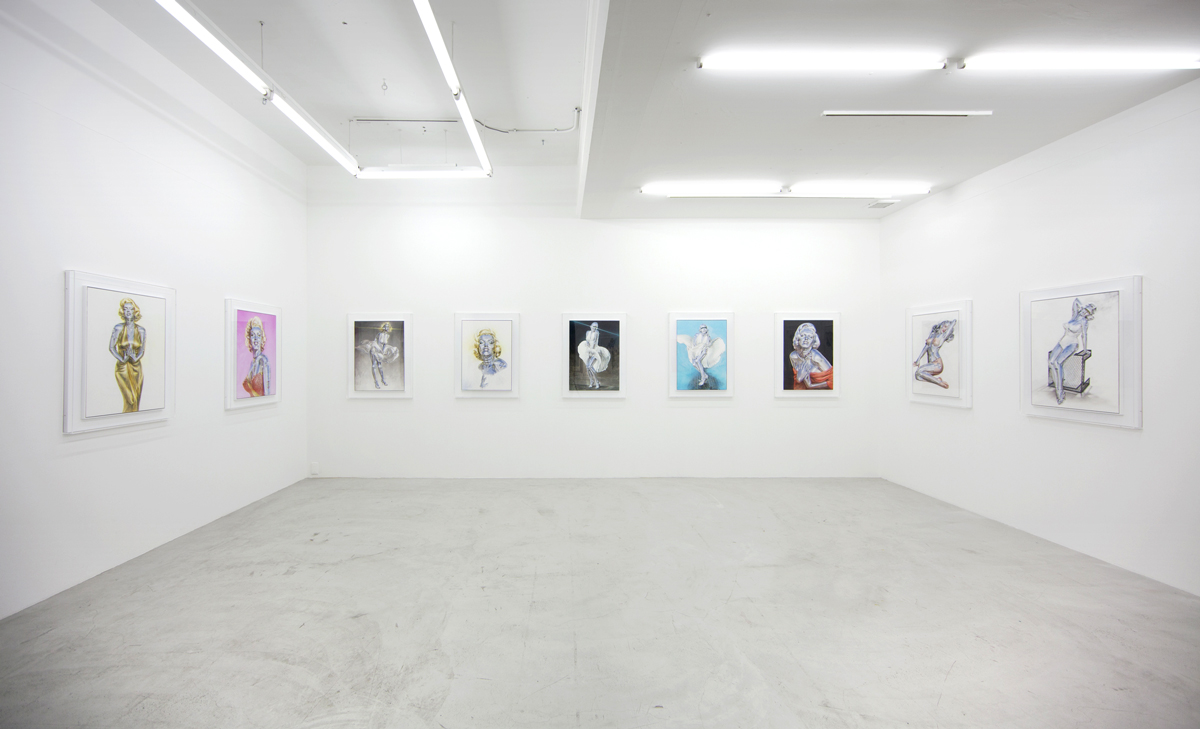 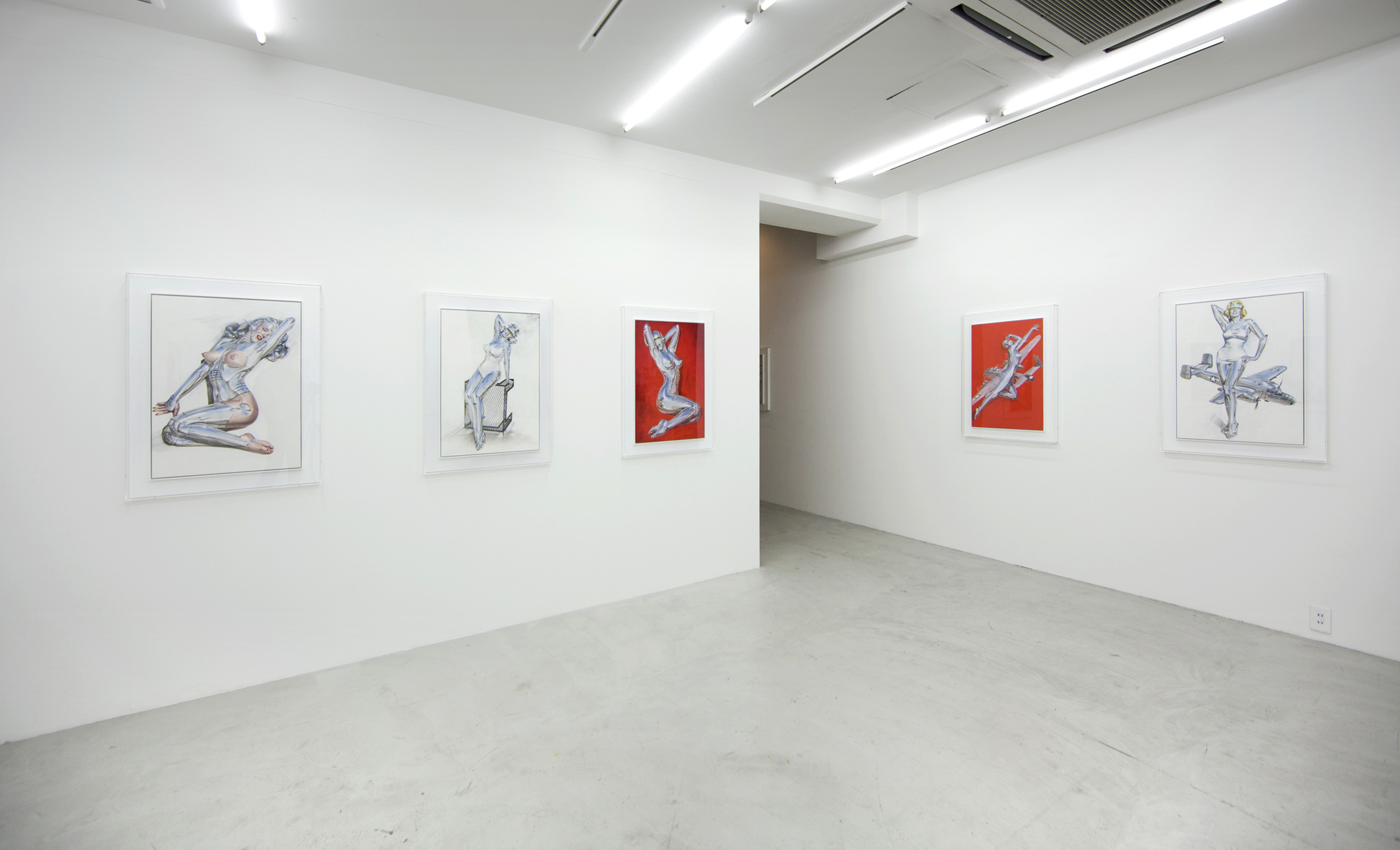 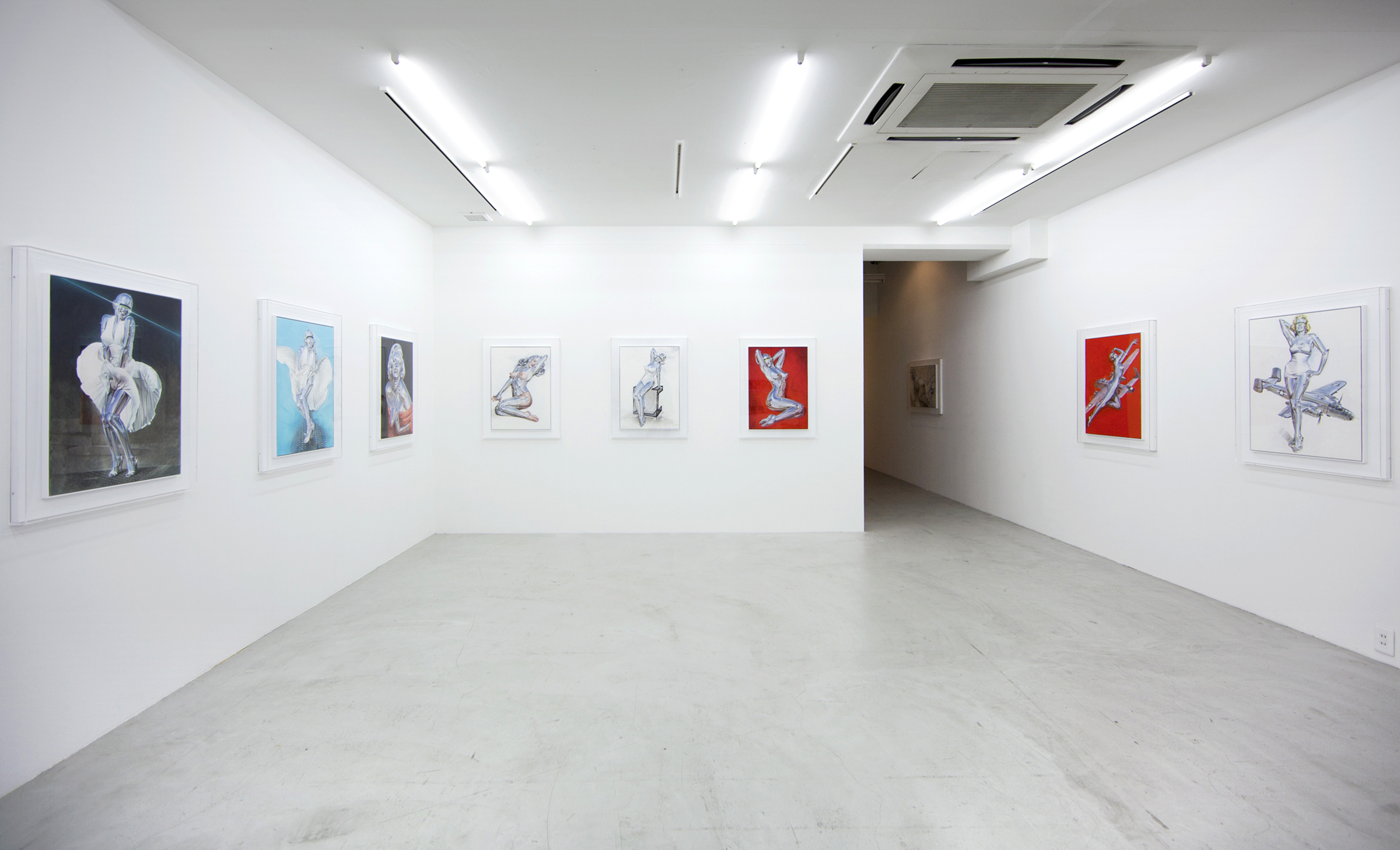 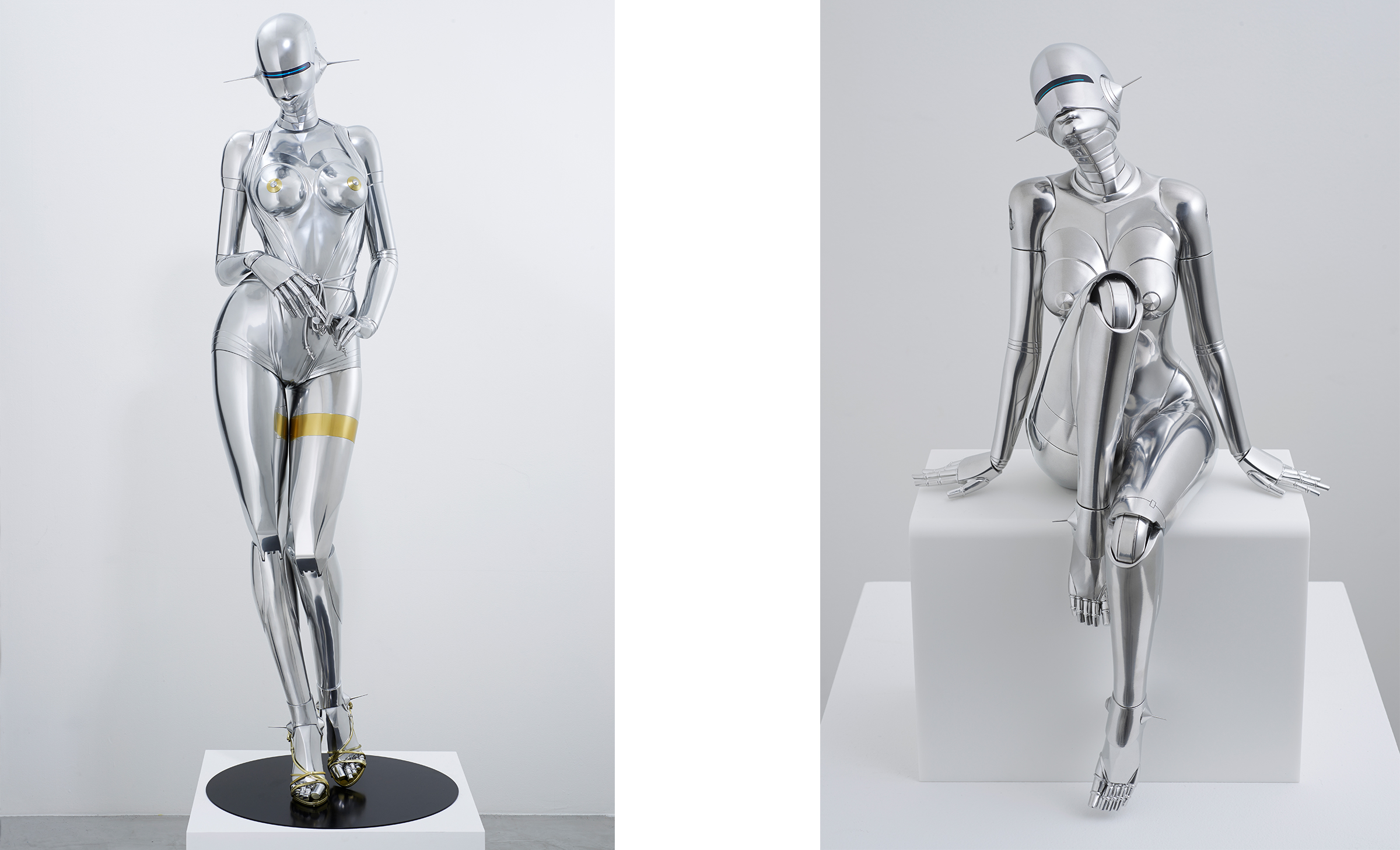 Hajime Sorayama
“An actress is not a machine, but they treat you like a machine.”

NANZUKA is pleased to announce “An actress is not a machine, but they treat you like a machine.” a solo exhibition of new works by Hajime Sorayama (1947-). The presentation will feature a selection of Sorayama’s latest paintings modeled on Marilyn Monroe, in addition to sculptural works that serve as three-dimensional manifestations of his renowned “Sexy Robot” series.

Hajime Sorayama graduated from Chubi Central Art School in 1969, and had initially spent some time working with an advertising company. Since becoming freelance in 1972, he has established his position as a legendary artist both within Japan and abroad, armed with his astounding sense of realistic expressional techniques. Sorayama’s extensive oeuvre that centers upon an on-going pursuit for beauty regarding the human body and the machine has continued to receive high international acclaim, and his signature body of work entitled, the “Sexy Robot” series (1978-) had served to established his world-wide reputation. Such depictions that integrate the aesthetic beauty of the female body into the context of the robot had come to present a significant influence on the subsequent formulation of robotic imagery. In 1999, he won the Good Design Award (Ministry of Trade and Industry) and the Media Arts Festival Grand Prize (Agency of Cultural Affairs) for his work with Sony on the concept design for their entertainment robot ‘AIBO.’ In 2001 the first generation ‘AIBO’ was added to the permanent collections of the Smithsonian Institute and the Museum of Modern Art (MOMA), and in the same year Sorayama received another prize for this invention from the Asahi Newspaper. Sorayama is also renown for his collaboration with internationally famous rock band Aerosmith for the artwork on the cover of their 2001 album, ‘Just Push Play.’

Sorayama continues to receive respect from creators and artists across the world as the godfather of realistic expression thorough his use of the airbrush technique. His 1983 publication “SEXY ROBOT” had generously described the process of painting robots through a series of graphic explanations, and has since been distributed and referenced as a textbook in various art schools throughout the globe. As a result, the influences of Sorayama’s works extend far beyond the boundaries of Japan’s commercial art scene, presenting an impact on a diverse array of media from Hollywood films, the world’s street art and to the realm of fine art.

Sorayama mentions that he had begun engaging in painting with airbrush by example of the works of the illustrator Harumi Yamaguchi. In his pursuit of hyperrealism, Sorayama appropriates the airbrush technique to convey the minute details of the human skin, lips, eyeballs, hair, individual strands of body hair, the texture of leather and silk clothes, metallicity of the robot, and the reflection of light. Regarding the possibilities of realistic painting he states, “It allows me to portray characters with acrobatic postures that are absolutely impossible to realize with photography, and gives me an opportunity to create costumes that do not exist in reality. In addition, I can modify the body without being confined to anatomical limitations, and have the liberty to collage and compose beautiful women in accordance to my taste.” It is most certain that this very inexhaustible quest for aestheticism, is what had given birth to his “inventions.”